The Best Festival in the East...

This event has passed. 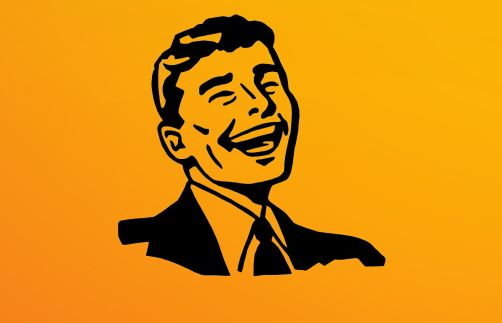 See below for more details…. 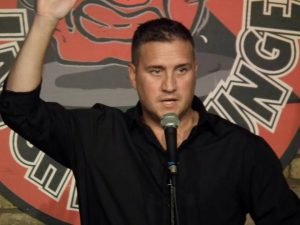 Gar is a multi-award winning Irish Comedian
Gar has been a resident MC in Ireland’s biggest comedy club ‘The Laughter Lounge’
Performs regularly at all of the top clubs across the UK and Ireland.
FESTIVALS
Gar performed at ‘Edinburgh Fringe Festival, Kilkenny Cat Laughs Festival, Cork Comedy Festival, Leeds & Reading Festival, Vodafone Comedy at Iveagh Gardens, Dublin
TV CREDITS
Gar has appeared as a guest on Ireland’s most watched breakfast show ‘Ireland AM’ & The Seven O’Clock Show with Lucy Kennedy & Martin King.
Gar was featured as one of the main stand-up acts in TV3’s comedy series Things We Love & Hate and was a guest contributor on ‘UPLOADED.’
RADIO
Gar has been a guest comedian on Q102, Spin 103.8, Today FM and FM104
“Top Irish Comic” – Hot Press
“Most popular Irish comedian as voted by the Laughter Lounge fans on Facebook”
– The Laughter Lounge
“Gar was just amazing.” – Culch.ie 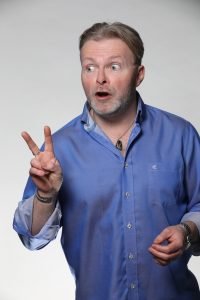 Steve Cummins is an author, stand up comedian and radio host. Prior to this incarnation he worked with juvenile offenders in the U.K. and Ireland as well as working with adolescent gang members in the U.S.A..

Steve is a headliner in every major comedy club in Ireland and regularly performs abroad. He is currently the resident host of The Laughter Lounge, Ireland’s largest and most prestigious comedy club.

He has performed comedy on the BBC, RTE and Channel 4. He has also acted on TG4.

Steve has written and performed comedy for numerous radio shows and is a regular contributor to nearly every major radio station in Ireland.

Steve has written for three major television projects and created, wrote and presented the comedy panel show “What Were We Thinking?” for the national broadcaster 2FM and hosted his own show, On Demand with Steve Cummins on All 80s Radio.

He is currently the voice of Radio Nova 100.3, Dublin’s premier classic rock station.

A natural performer and people person Steve brings a warmth and professionalism to any endeavour and his quick wit coupled with vast corporate experience ensures a successful event whatever the requirements.

Steve is a regular performer of stand up comedy for children and is perhaps best known and loved by children (and feared by adults) as the Judge of the Kid’s Court at the Laya City Spectacular held in Dublin and Cork every year.

Steve has been a contributing editor for Irish Tatlerman and has written for Easy Parenting, Hot Press, Mother’s and Babies magazine of the Irish Independent among others.

Steve’s first book “Where do Daddies come from? A pregnancy guide for men.” was published in November 2011. 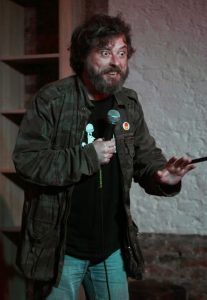 Robbie Bonham is a 15 year veteran of the Irish comedy scene. Though strictly a club comic, he has taken his act around the UK and parts of Europe, where he tackles the universal topics of relationships, addiction, and just the baffling dilemmas of trying to deal with reality, when reality isn’t all that clear to him.  In 2016 he was one of the subjects of TV3’s  documentary, ‘The Stand Ups’.

He is also a published writer, illustrator and cartoonist.

“…has established himself as a hard hitter on the Irish comedy circuit” – Galway Independent.”